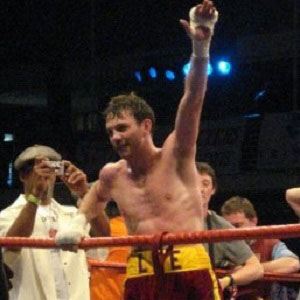 Irish boxer who became the WBO Middleweight world champion after defeating Matt Korobov via TKO on December 13, 2014. He won his first 15 professional bouts and has compiled over 20 victories by knockout.

He earned the silver medal at the 2002 World Junior championships in Cuba.

His first professional loss came to Brian Vera in March 2008. However, he'd exact revenge on Vera with a unanimous decision victory over him in October 2011.

Born to Irish parents, he was raised with five siblings.

In an attempt to claim the WBC Middleweight title in June 2012, he was defeated via 7-round TKO by Julio Cesar Chavez Jr.

Andy Lee Is A Member Of