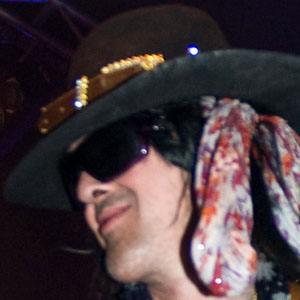 Lead guitarist of the Finnish rock band Hanoi Rocks who is a close friend of Bam Margera.

He was in a Finnish punk rock band called Pelle Miljoona Oy.

Not limited to any one style, he can play glam rock, punk rock, rock 'n' roll, and flamenco.

He was formerly married to Anastacia "Stacy" Maisoneuv, they divorced and, as of 2013, he has not looked to remarry.

He was also a guitarist for Iggy Pop.

Andy McCoy Is A Member Of