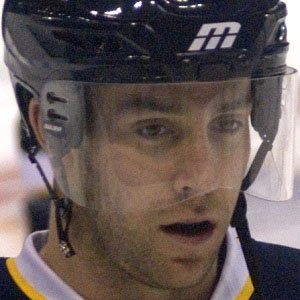 Center and left winger who was part of the 2007 Stanley Cup championship Anaheim Ducks and was the fastest skater at the All-Star Game SuperSkills Competition.

He played in the Western Ontario Junior Hockey League.

He was traded to the St. Louis Blues in December 2007 for Doug Weight.

He was born in Strathroy, Ontario, Canada.

Right winger Teemu Selanne was his teammate in Anaheim.

Andy McDonald Is A Member Of