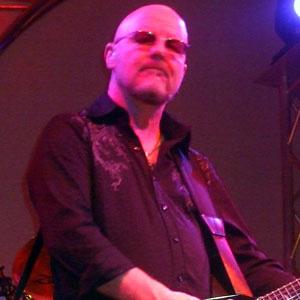 Co-lead guitarist and a founding member of the British rock band Wishbone Ash.

He played in London-based bands such as The Dekois and The Sugar Band.

He built a Les Paul-style guitar from scratch as a youth because he could not afford to buy one.

He grew up with his family in Hemel Hempstead, a small town outside of London England.

He has played on records with numerous star musicians including George Harrison of The Beatles.

Andy Powell Is A Member Of