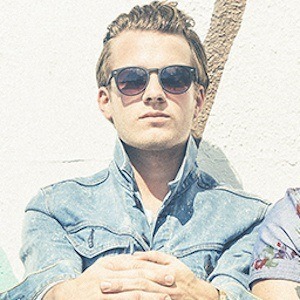 Indie pop singer and guitarist for the band CRUISR. The band rose to prominence while touring with the band The 1975 in 2014.

He was a solo artist and asked his friends to help him record some songs out of his bedroom in Philadelphia in 2012. They decided to form a band instead.

Their first, self-titled EP was released to much critical acclaim from music blogs.

He toured with the rock band The 1975, led by frontman Matthew Healy.

Andy States Is A Member Of