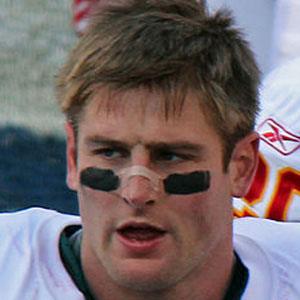 Outside linebacker who has played for the Kansas City Chiefs and the Indianapolis Colts as a starter and in a backup role.

He was named the North Region Defensive Player of the Year and was a First-team All-American his junior season at Wheaton College.

He recorded two interceptions in his first career game with the Chiefs and was known by fans as The Student Baker during his rookie season.

He had his first career fumble recovery in 2011 when Philip Rivers was unable to handle a snap.

Andy Studebaker Is A Member Of