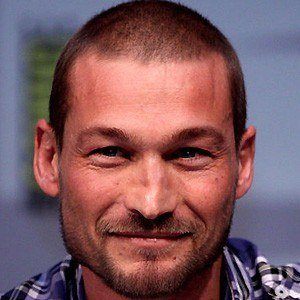 Welsh actor that tragically died of lymphoma, but was known for playing the title role in Spartacus: Blood and Sand.

He graduated from the University of Sheffield and worked as an engineer.

He first earned the attention of audiences playing the lead in the 2007 action film, Gabriel.

He had a wife named Vashti Whitfield and he left behind two children.

He co-starred with Lucy Lawless in Spartacus: Blood and Sand before his untimely death.

Andy Whitfield Is A Member Of