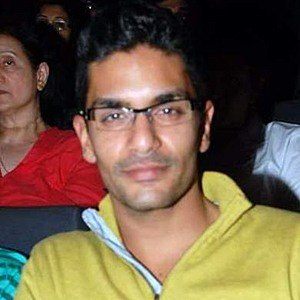 Bollywood film and television actor recognized best for his roles in Dear Zindagi, Pink, Ungli, and F.A.L.T.U. He made his television debut in Kaya Taran, an adaptation of the short story When Big Tree Falls, The Earth Is Bound To Shake.

After studying at St. Stephen's College, he began his career as a model before making his entertainment debut hosting the Extraaa Innings T20 Pre-Show in 2010.

In 2011, he hosted the first season of Emotional Atyachar.

Born to Bishan Singh Bedi and Anju Inderjit Bedi, he has an older sister, Neha, and two older half-siblings, Gillinder and Gavasinder.

In 2015, he joined the cast of the second season of India's 24 alongside Anil Kapoor and Sakshi Tanwar.

Angad Bedi Is A Member Of