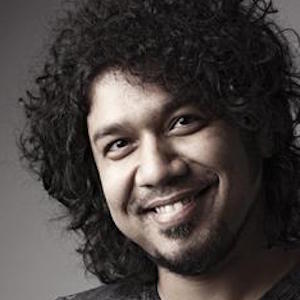 Indian folk and playback singer known as Papon. He founded the band Papon and The East India Company and has sung for films like Arshinagar and Manjunath. In 2015, he released his first solo album, Jonaki Rati.

His parents were folksingers, exposing him to music at a young age. Along with learning to sing, he was instructed in several instruments, including the guitar and khol.

He's often been featured on Coke Studio @ MTV. He's won awards for both his albums and his playback singing.

He has two children with his wife, Shweta Mishra Mahanta. His father was Khagen Mahanta, was an important Assamese singer.

He sang with Shreya Ghoshal for the movies Buno Haansh and Bobby Jasoos.

Angaraag Mahanta Is A Member Of