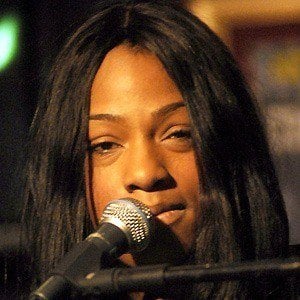 American pop artist who achieved success with her 2009 album Love Travels. She also appeared on season 2 of The Voice.

She taught herself to play music and signed with Aware/Columbia Records after catching the attention of producer Mikal Blue.

Her sister, Ebony Taylor, was a contestant on America's Next Top Model.

She was on Adam Levine's team for The Voice, and she made it to the battle rounds.

Angel Taylor Is A Member Of