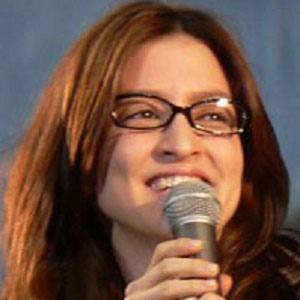 Famous for her Japanese chart-topping albums Home (2006), Today (2007), and Answer (2009), this pop vocalist, pianist, and songwriter is also notable for "This Love," "Tegami (Haikei Jugo no Kimi e)," "Sakurairo," and numerous other hit singles.

She started playing the piano before her fourth birthday and studied music at the Iolani School in Hawaii before earning a bachelor's degree in political science from Washington, D.C.'s George Washington University.

Her 2012 album Songbook compiles her covers of Western songs.

Born in Itano and raised in Tokushima and Okayama, Japan and Hawaii, U.S.A., she was born to an American mother of Italian descent and a Japanese father. After her brief marriage to music producer Tony Alany ended in divorce, she welcomed a son with her second husband, Taro Hamano.

Angela Aki Is A Member Of