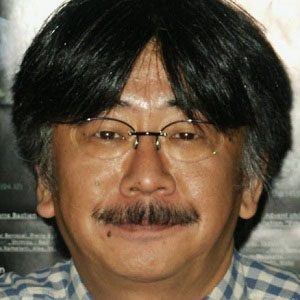 Most well known for composing the musical scores for the Final Fantasy video games, he also contributed to the soundtrack of the anime film Ah! My Goddess: The Movie and to the scores of video games such as Tokyo Twilight Ghost Hunters and Lost Odyssey.

At the age of eleven, he taught himself to play the piano. After earning a degree in English from Kanagawa University, he began working for the Japanese video game company Square.

In the early 1990s, he released a solo music album titled Phantasmagoria.

He and his older sister grew up in Japan's Kochi Prefecture. He and his wife, Reiko, later settled in Tokyo.

Uematsu's video game scores contain elements of both classical and pop music, and he cites pop singer/songwriter Elton John and classical composer as two of his most significant musical influences.

Nobuo Uematsu Is A Member Of