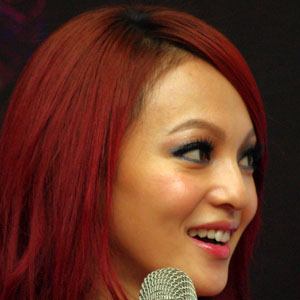 Known for her Golden Bell Award-nominated performances in the Taiwanese television series Bump Off Lover 17 and Romantic Princess, this television star also had a career as a Mandopop singer, recording eight albums between 2004 and 2014.

Her debut album, Over the Rainbow, was released on the Linfair Records label in 2004.

In 2007, she won numerous music honors at the Singapore Hit Awards, the East-South Hits Awards, and the TVB8 Gold Chart Awards.

She was born and raised in Zhongli, Taoyuan, Taiwan.

Angela Chang Is A Member Of