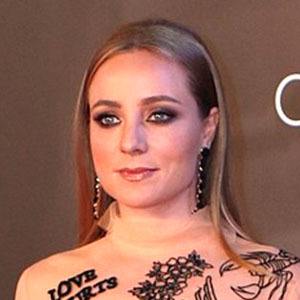 Spanish actress who is known for appearing in television, feature films, and theatrical stage plays as well. She is best recognized for starring in Los Hombres de Paco in 2010 where she played Amaia Mon Naranjo and Gran Reserva where she played both Paloma and Carlota Olmedo.

She studied dramatic arts in Replika Teatro. She then did seven years of rhythmic gymnastics and ballet. She also studied Humanities at the Carlos III University in Madrid as well as at the Nottingham Trent University. Her film debut came in 200 when she starred in More Grief than Gloria. Television came shortly later in 2003 when she starred in Rita's Life on the TVE network.

She was nominated for a Best Female Performance award at the Red Theater Awards in 2016 for her performance in the production of Hamlet.

Ángela Cremonte Is A Member Of