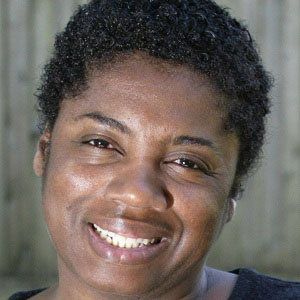 While working as a nanny for children's writer Cynthia Rylant, the young Johnson was mentored by the established author.

Many of her works, including her lyrical poetry collection The Other Side: Shorter Poems, paint a vivid picture of the history and character of her home state of Alabama. Though she was born in Tuskegee, Alabama, she actually spent most of her youth in Windham, Ohio.

She collaborated with illustrator Dav Pilkey on the 1993 picture book Julius.

Angela Johnson Is A Member Of