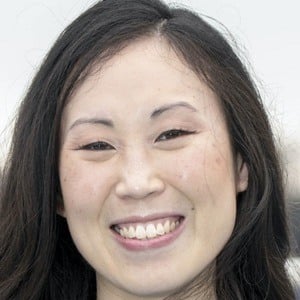 American TV writer who's best known for being a writer, producer, and showrunner on AMC's TV series The Walking Dead. She also worked on the FX series Terriers.

She obtained a Bachelor of Arts in English and Theater from Occidental College in 1998 and a Master of Fine Arts degree in screenwriting from the University of Southern California.

She was an intern for ABC's Grey's Anatomy and Private Practice.

She has a son named Ethan.

Both she and Scott M. Gimple worked as writers and producers on The Walking Dead.

Angela Kang Is A Member Of