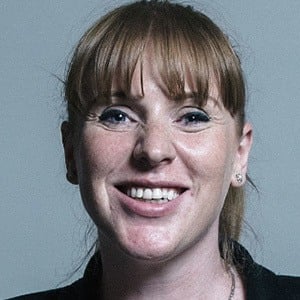 British Labour politician who has gained fame for her time as a Member of Parliament representing Ashton-under-Lyne. She was elected to her post in 2015, and has since been acknowledged as a potential future leader of the Labour Party.

She left school at age 16 when she became pregnant. She later studied British sign language at Stockport College.

She was promoted to be the Shadow Secretary of State for Education in 2016. She was profiled in The Guardian in 2012 prior to her career as an MP in a showcase of the daily life of a trade union worker.

Her three sons' names are Ryan, Jimmy, and Charlie.

She has been interviewed by Evan Davis on BBC Newsnight.

Angela Rayner Is A Member Of