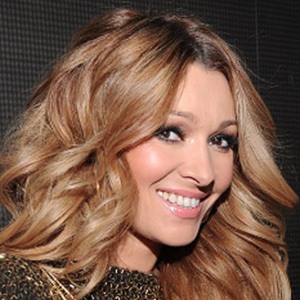 Belarusian pop singer who is known for her popular singles "Love Me Tonight" and "Boys and Girls". She is also recognized for having represented Belarus at the 2005 Eurovision Song Contest.

She first started her career as a singer in 1990 when she was a member of the band Verasy. She started her solo career in 2002 when she released the popular albums "Paper Moon" and "Night Without a Dream".

She is known for having won the first Miss Belarus beauty title in 1988 while she was still a student at the Belarusian Academy of Arts.

She was born and raised in Minsk, Belarussian SSR, Soviet Union.

Angelica Agurbash Is A Member Of