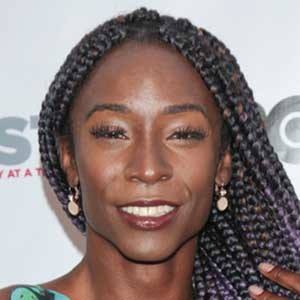 American actress, businesswoman, and activist who is best recognized for having starred as Candy Abundance in the FX original series Pose. She is also known for having been both the founder and CEO of TransTech Social Enterprises.

She attended the University of Wisconsin for a semester before dropping out to join the U.S. Navy. She left after six months and met Traci Ross who helped begin her gender transition process at 19. She worked as a model and escort in Hollywood, Florida until 2003 when she started a web development and graphic design business. She went on to launch TransTech Social Enterprises in Chicago in 2014.

She has been honored with several different awards including the Special Recognition Award from GLAAD Media in 2017, the Visibility Award from the Human Rights Campaign in 2016, and the Trailblazer Award from the Black Trans Advocacy Awards in 2016.

While she was born in Kenosha, Wisconsin, she was raised in Racine.

Angelica Ross Is A Member Of