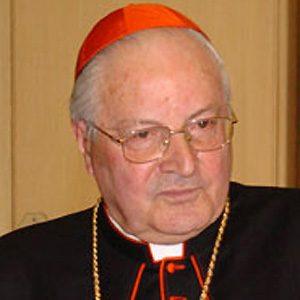 Italian Cardinal of the Roman Catholic Church who was installed as Dean of the College of Cardinals in 2005.

He received a doctorate in theology from the Pontifical Gregorian University in the 1950's.

He was Cardinal Secretary of State from 1990 to 2006 and was thus in charge of the political and diplomatic activities of the Holy See.

His father was a Christian Democrat deputy in the Italian Parliament from 1948 until 1963.

He was appointed Cardinal Bishop of the suburbicarian see of Albano by Pope John Paul II in 1994.

Angelo Sodano Is A Member Of