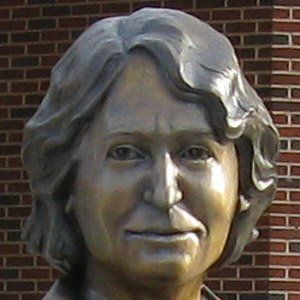 Historian who wrote many works about Indians and their relationship to U.S. settlers.

Her childhood raised on the Oklahoma Territory frontier and witnessing its gradual transformation informed her work.

Her books pointed out the dispossession of land by the Native American Indians, and at least one, The Road to Disappearance, influenced a Supreme Court's decision about the rights of Indians.

She was born in Beattie, Kansas and moved with her parents to the Oklahoma territory when she was nine.

She was mentioned in a PBS Series American Experience, presented by another great historian David McCullough.

Angie Debo Is A Member Of