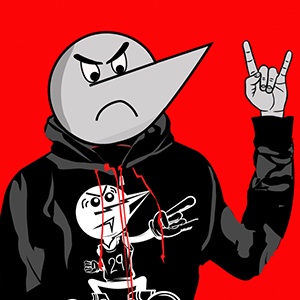 The first video he posted to his channel in March 2017 is called "Indian's Exam Bakchodi."

He has attracted over 900,000 followers to his angryprash Instagram account. Nearly every one of his YouTube videos have each earned over 1 million views. In just 9 days, his video "Aladdin 2, Pirates Of Arabian Sea, Official Trailer" earned over 900,000 views.

He hails from India and his real name is Prashant.

He is a popular Indian YouTuber along the same lines as Bhuvan Bam.

Angry Prash Is A Member Of