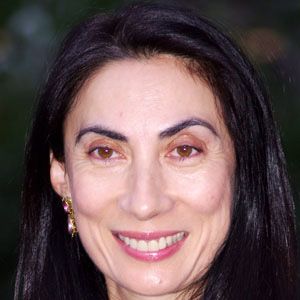 French-American artist, actress, and model who became known for her visual diary of self-portraits. The Sperone Westwater Gallery hosted her debut solo exhibition in 1991.

She received her education at the École des Beaux-Arts in Paris, where she studied architecture. She modeled for Vogue, Christian Lacroix, and John Galliano during her early years.

She briefly worked as an actress, appearing in films like "My Best Friend's Wedding" from 1997 and "I Shot Andy Warhol" from 1996.

Her mother was of Spanish descent and her father was of Vietnamese descent. She divorced Barton Hubbard Quillen in 2008.

She was once in a high-profile relationship with artist Julian Schnabel.

Anh Duong Is A Member Of