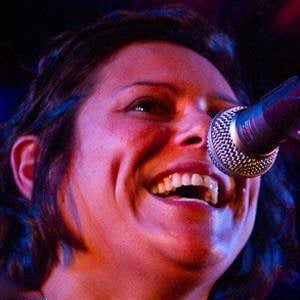 Known for such award-winning albums as Thinking Room, In Swings the Tide, and Love in Motion, this New Zealand-born guitarist, keyboardist, and pop vocalist produced such Australasian Performing Right Association (APRA) Silver Scroll-nominated songs as "Dreams in My Head," "Running Through the Fire (Storm)," and "Stolen Hill."

After signing in the early 2000s with both Atlantic Records (U.S.A.) and Warner Music (New Zealand), she recorded her acclaimed debut album, Thinking Room, in her early twenties.

She was one of several musicians to record a chart-topping, 2005, for-charity cover of The Mutton Birds' hit, "Anchor Me."

She was married to Angela Fyfe aka Azaria Universe from 2010-2012; they have twins named Barry and Taane together. In February 2017, she married partner Natasha Utting; they share a son named Soren together.

She collaborated with several New Zealand artists and bands, including musical sisters Bic Runga and Boh Runga and the alternative rock group Dimmer.

Anika Moa Is A Member Of