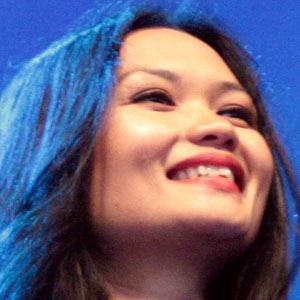 New Zealand singer who released her debut album Drive in 1997. It debuted at number one on the New Zealand Top 40 Album charts.

She has been in a relationship with Kody Nielson, and she has two children.

She covered Gene Pitney's song "Something's Gotten Hold of My Heart" in the 2005 film Little Fish.

Bic Runga Is A Member Of