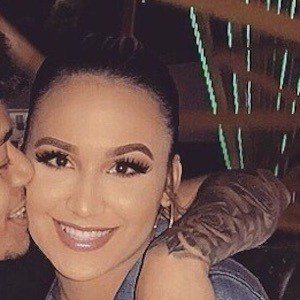 Widely known for comprising one half of The Life Of Us Vlogs YouTube channel. She has gained popularity there alongside her long-time partner Devonte Thomas for their couples vlogging, including personal story times and entries.

She got pregnant at the age of 14; she began her YouTube channel in April 2017.

One of her most popular YouTube videos, her inaugural "PREGNANT AT 14 | MY STORY," has amassed more than 1 million total views.

She has one daughter, Juliet, whom she has frequently featured across her social media accounts.

She and BrittAndLife are both known for their teen pregnancy vlogs on YouTube.

Anisia Lagness Is A Member Of