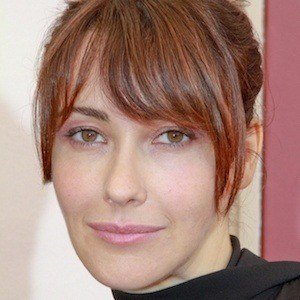 Italian actress known for her roles as Rita in the movie Corpo Celeste and Michela Nardini in Non Pensarci. She also starred in the television adaption of Non Pensarci and played Eva on the show Tutti Pazzi Per Amore.

She started her career in theatre and became a regular onstage after appearing in a 1995 production of La Locandiera.

Her performance in Non Pensarci earned her a Nastro d'Argento.

She and Daniele Pecci had a daughter in 2016.

She starred alongside Carolina Crescenti I Demoni di San Pietroburgo.

Anita Caprioli Is A Member Of