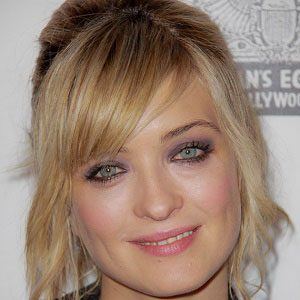 Famous for her David di Donatello Award-nominated performance in the 2008 Silvio Muccino-directed film Parlami d'amore, she is also notable for her roles as Isabetta and Paola in the respective 2015 movies Wondrous Boccaccio and Tempo Instabile con Probabili Schiarite.

She began her career in the early 2000s, appearing in a made-for-TV movie titled Carabinieri: Sotto Copertura and in a short film titled Thermae.

She appears in the music video for the Silvia Mezzanotte track "Non c'è Contatto."

She was born and raised in Rome, Italy.

She and Kasia Smutniak are both in the cast of the 2014 film Fasten Your Seatbelts.

Carolina Crescentini Is A Member Of