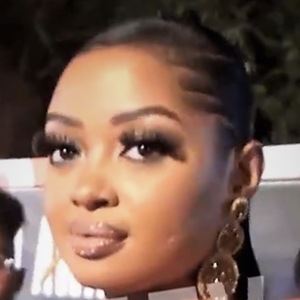 Ugandan actress and television personality who is best known for her role as Angella Dononso in NTV's remake of the telenovela Second Chance. She is also known for her presenting and hosting work including on the Capital FM series Big Breakfast.

She attended London College of St. Lawrence as well as Makerere University where she graduated with a bachelors degree in mass communication. She began modeling at the age of twelve and was first recognized when she participated in the Miss Uganda beauty pageant where she was crowned Miss Uganda West and placed second in the overall Miss Uganda pageant in 2013.

She was a red carpet correspondent for the Africa Magic Viewers Choice Awards in 2016 as well as for the Ghanna Movie Awards in 2016. She is also a brand ambassador for CAT footwear.

She was born and raised in Kampala, Uganda.

She starred alongside Rima Kallingal in the 2013 film Escape from Uganda.

Anita Fabiola Is A Member Of