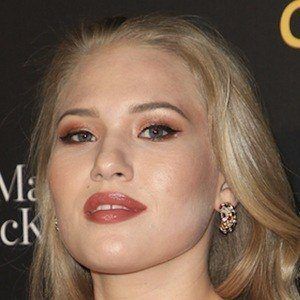 Became known as the champion of the third season of The Voice Australia. She went on to compete in and win the Dansk Melodi Grand Prix 2017 and represented Denmark in the Eurovision Song Contest 2017, where she finished 20th.

At the age of twelve, she competed on Australia's Got Talent and went on to appear on an Australian television variety program called Schools Spectacular.

She competed in Dansk Melodi Grand Prix 2016 for the Eurovision Song Contest and came in second.

She grew up in the Blue Mountains region of New South Wales, Australia. She has an older sister.

She collaborated with LMFAO artist Stefan Gordy, also known as Redfoo, on a song called "So Excited."

Anja Nissen Is A Member Of