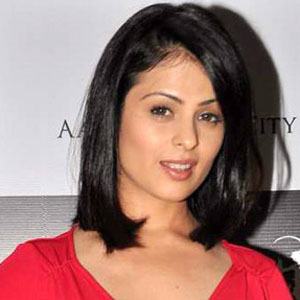 Known for her roles in such Bollywood films as Salaam-e-Ishq, Jai Veeru, and Golmaal Returns, this popular Indian actress also appeared in the Kannada movie Maleyali Jotheyali and in the Telugu (Tollywood) film Don Seenu.

After graduating from Kamla High School in Mumbai, she studied business at Cardiff Metropolitan University in the United Kingdom.

She was nominated for a Filmfare Award for her role as Sandhya in the 2009 film Maleyali Jotheyali.

She and her sister and fellow film actress, Meena Sukhani, grew up in Jaipur, India.

Early in her career, she appeared with Indian movie star Amitabh Bachchan in a television commercial for a popular chocolate brand.

Anjana Sukhani Is A Member Of