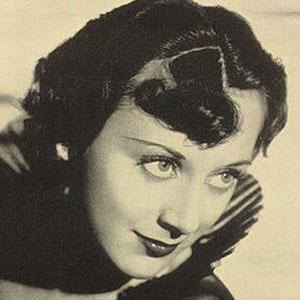 She was born into an entertainment family and began her career as a dance instructor for MGM studios.

She was awarded a Star on the Hollywood Walk of Fame in 1960 for her numerous contributions to film.

She acted alongside John Wayne in the 1945 western musical, Flame of Barbary Coast.

Ann Dvorak Is A Member Of