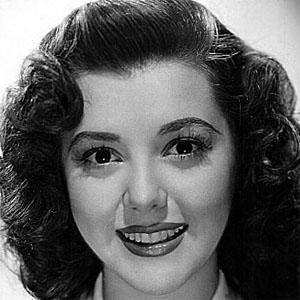 Late supporting film star who had roles in classic films such as Gone with the Wind, Orchestra Wives, and Pride and Prejudice.

She had her first motion picture role in the 1935 film Waterfront Lady.

She was awarded a Star on the Hollywood Walk of Fame in 1960.

Her second husband, William Dozier, died in 1991. She had a daughter named Gloria during her first marriage.

She shared the screen with Errol Flynn in the Oscar-winning 1948 film Adventures of Don Juan.

Ann Rutherford Is A Member Of