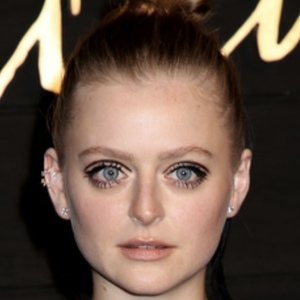 First known for her breakout role as Sandy in the acclaimed film Manchester By the Sea, she would go on to join the cast of Superior Donuts as Maya.

Her first acting role was at the age of six in a local production of A Midsummer Night's Dream. She would later graduate from Northwestern University in 2014.

In 2016, she played Kathy in the Amazon Prime series Good Girls Revolt.

Her father is actor and dancer Mikhail Baryshnikov and her mother is former ballerina Lisa Rinehart. She has a half-sister, Shura, who is a dancer and is the daughter of Jessica Lange.

In Machester by the Sea, she appeared alongside Kyle Chandler and Casey Affleck.

Anna Baryshnikov Is A Member Of