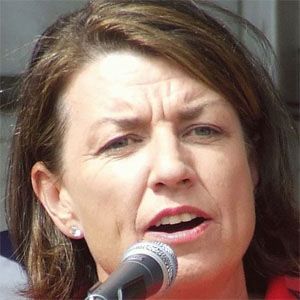 Australian Labor Party politician who served as Premier of Queensland from 2007 to 2012. She was the first woman to hold that position.

She attended the University of Queensland and was inspired to pursue a career in politics after attending a rally that grew violent once the police became involved.

As a member of the Queensland Parliament, she served on sub-committees that advocated for rights for families and the disabled and for educational and arts programs.

She married Greg Withers; they had two sons together.

She and vocalist Alex Lloyd both competed on television's Celebrity MasterChef Australia.

Anna Maria Bligh Is A Member Of