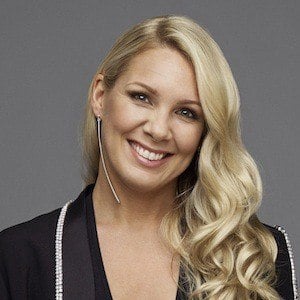 Sports reporter and television host who is best known for her work with the VIASAT Sport and TV4 networks, including the soccer show Anna Brolin's La Liga and the golf show Golfmagasinet. She was one of the leaders of TV4's coverage of the 2014 FIFA World Cup.

She grew up in Enköping, Sweden and later moved to Cyprus, where she worked as a tennis and aerobics instructor.

She placed fifth on the eighth season of the Swedish celebrity dance competition Let's Dance.

She is the sister of model Carl Brolin. She married Jesper Rodhborn, with whom she has children.

She and violinist Linda Brava both competed on Let's Dance.

Anna Brolin Is A Member Of