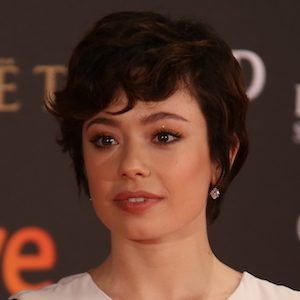 Spanish actress who is known for appearing in a variety of films, theater, and television programs. She is best known for her role in the series I am Alive where she played the character of Susana Vargas Bertran.

She began acting at the young age of seven, attending a variety of workshops and classes. She was also a part of the musical group sp3 between 2005 and 2011. She then began starring in films and television with her debut role in The Giacomo Enigma in 2009.

She has won several awards for her performances including the Goya Award for Best Outstanding Actress in 2017.

As a star in the television series I Am Alive, she stars alongside fellow actors Alejo Sauras and Alfonso Bassave.

Anna Castillo Is A Member Of