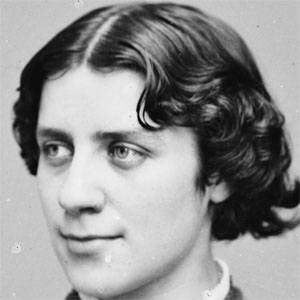 When she was just fourteen years old, she penned an abolitionist-themed essay for William Lloyd Garrison's newspaper The Liberator.

She published an 1868 novel that dealt with the theme of interracial marriage and also played the male title role in the 1882 Broadway production of Shakespeare's Hamlet.

She and her older siblings were born in Philadelphia, Pennsylvania, to Quaker parents. Her father, also a passionate abolitionist, died when she was still a baby.

In his autobiography, prominent American author Mark Twain mentions his admiration for Dickinson's skill as an orator.

Anna Elizabeth Dickinson Is A Member Of