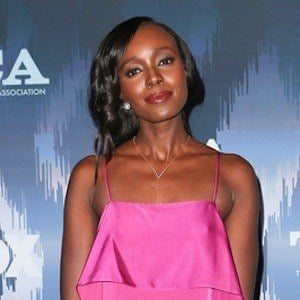 Senegal-born American actress who made a name for herself playing Rose Arvale in The Messengers and Nicole Carter in 24: Legacy. She would also go on to join the cast of the 2018 comic adaptation series Titans and later star in the 2019 horror film Us.

She made her acting debut in 2006 playing the recurring role Diedra on Everybody Hates Chris.

In 2013, she made her feature film debut in The Moment. She would go on to appear in more films like Message from the King and The Keeping Hours.

Born in Senegal, she moved to the United States at the age of six.

In 24: Legacy, she starred opposite Corey Hawkins and Miranda Otto.

Anna Diop Is A Member Of

Titans
Us
24: Legacy
The Keeping Hours