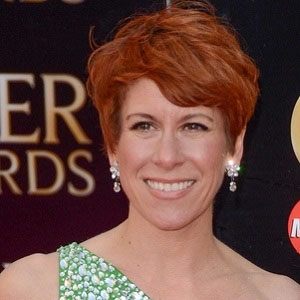 London-based singer, actress, and dancer who gained fame after performing in musicals like Grease. She is well-known in England for her commercial work.

Casey was recognized for playing Velma Kelly in the show Chicago. She has starred in many other stage plays, including Forbidden Broadway, Children of Eden, and The Comedy of Errors.

In 1998, she married actor Graham MacDuff. They have two daughters.

Anna-Jane Casey Is A Member Of