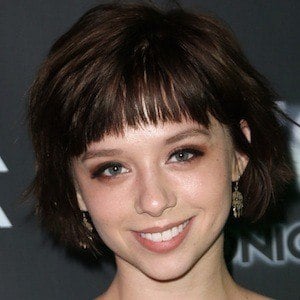 American actress who has appeared in Nasty Habits and Faking It. She played the role of Brie in The Friendless Five.

One of her earliest roles was as Victoria Frankenstein in the 2014 TV series Frankenstein, MD.

She portrayed the character Harper in the 2015 film Contracted: Phase II.

She acted alongside Steve Zaragoza in the series Frankenstein, MD.

Anna Lore Is A Member Of