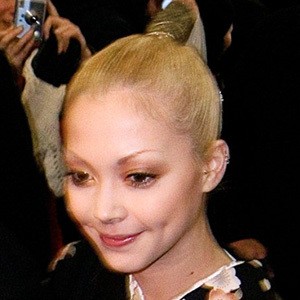 Singer and actress known for hit singles such as "Change Your Life," "Kuroi Namida" and "Switch On!" Her most widely recognized role as a thespian was in the 2004 movie Kamikaze Girls.

She began modeling at age 14 and appeared in the Japanese edition of Seventeen magazine.

She was featured in television commercials for Uniqlo and Edwin.

Her mother is Japanese and her father is American. She has a daughter who was born in 2017. Her son Sky was born in 2004 and her son Simba was brought into this world in 2010.

She became a well-respected singer from Japan like Kan Kimura and Hirai Momo.

Anna Tsuchiya Is A Member Of