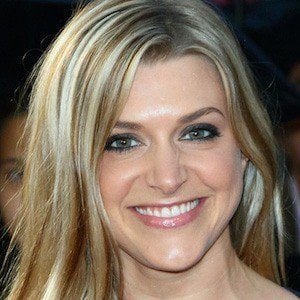 Television presenter that primarily rose to fame on the children's programs Toonattik and Action Stations. She is also a columnist for Digital Spy and competed on the second series of celebrity reality competition Splash!

She made her entertainment debut singing in the girl band Blush in 1997.

She has performed in a number of prominent theater productions, including shows like Aladdin, Dick Whittington, and Cinderella.

She has lived in London, England.

She has been a counselor and ambassador for Esther Rantzen's ChildLine, a counseling service for young people.

Anna Williamson Is A Member Of