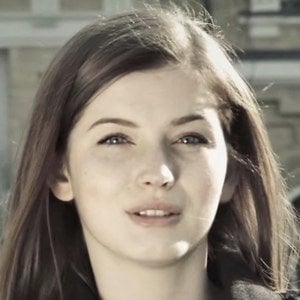 Model and artist who became known in 2013 when she represented the Ukraine in Miss World. In 2017 she became signed to NY Models.

She studied at the Vasyl Stefanyk Ciscarpathian National University, majoring in religious art.

In 2015 she appeared in the fashion film The Awakening by Matteo Linguiti.

Anna Zayachkivska Is A Member Of