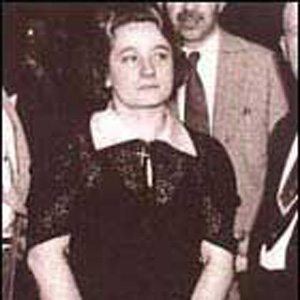 An American serial killer who poisoned and robbed elderly victims.

She was sent to America by her family after having an illegitimate child.

She was sentenced to death by electric chair in Ohio.

She married Philip Hahn, also a German immigrant, before becoming a murderer.

She murdered victims with arsenic, like the character in Frank Capra's film "Arsenic and Old Lace."

Anna Marie Hahn Is A Member Of