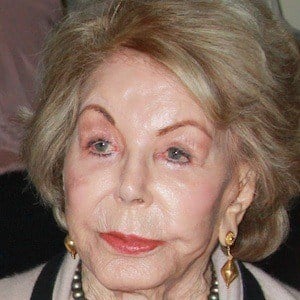 Hollywood executive who produced Deep River and Kirk Douglas: Before I Forget, both from 2009. She also produced two films in the 1970s. However, for the film Posse from 1975, she was uncredited.

She moved from Germany to Belgium as a child to avoid the country's World War II turmoil.

She had her only acting role on The Jack Benny Program in 1962.

She married Kirk Douglas in 1954. The couple had two sons, Peter and Eric.

She was the stepmother of actor Michael Douglas.

Anne Buydens Is A Member Of