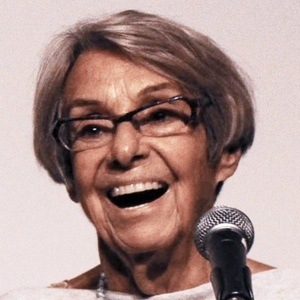 Trailblazing Canadian documentarian who became the first French-Canadian women ever to direct a feature film. Some of her best known works include 1979's A Scream from Silence and 1997's Let Me Go.

She was born in St-Hyacinthe, Quebec and worked in the Translation's Office at the Film Board of Canada.

She received a Governor General's Performing Arts Award for Lifetime Artistic Achievement in 2001.

The murder of her daughter, Yanne, was the inspiration for Let Me Go.

She and Jehane Noujaim are two of the most famous female documentarians.

Anne Claire Poirier Is A Member Of