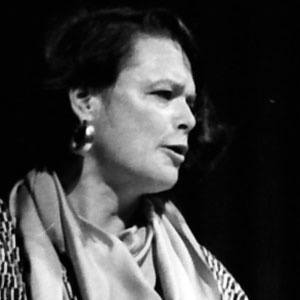 American experimental poet, performer, and political activist. Her more than forty poetic works include Fast Speaking Woman, Kill or Cure, and In the Room of Never Grieve.

She attended Bennington College and later became one of several founders of the Jack Kerouac School of Disembodied Poetics in Boulder, Colorado.

She was the recipient of a National Endowment for the Arts grant.

Born in New Jersey, she grew up in New York City's Greenwich Village. She married Reed Bye in 1980.

She appeared in Renaldo and Clara, a film that starred singer Bob Dylan.

Anne Waldman Is A Member Of