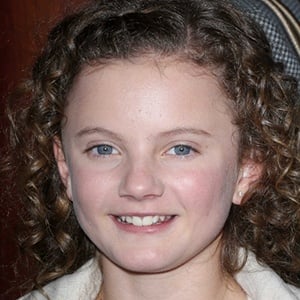 Actress who is known for her work in both television and film. She is most recognized for her role in the 2013 film Saving Mr. Banks where she played the character of Ginty. She shares modeling shots, behind the scenes content, and press photos on her Instagram account.

She made her debut appearance as an actress in 2010 when she appeared on the television series Home and Away. Shen then switched over to working in film in 2013 and in 2017 returned to television with a role in the series Doctor Doctor.

She was featured on the Morning Show on Channel 7 where she was interviewed for her role in the 2013 film Saving Mr. Banks. She was also nominated for the PFCS Award for Best Performance by a Youth in a Lead or Supporting Role for her same role.

Annie Rose Buckley Is A Member Of