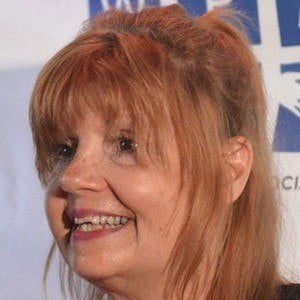 Actress who appeared in the 1977 Broadway revival of Hair, as well as in stage productions of The Full Monty, Assassins, and On the Town. She was also cast as Norma in the critically acclaimed Netflix series Orange Is the New Black.

She was the lead singer in a pop band called The Shirts.

She appeared in such television shows as Miami Vice and Cheers.

She was born in Brooklyn, New York, and she grew up with a sister named Diane.

She had a minor role in the 2009 film I Love You Phillip Morris, which starred Jim Carrey.

Annie Golden Is A Member Of